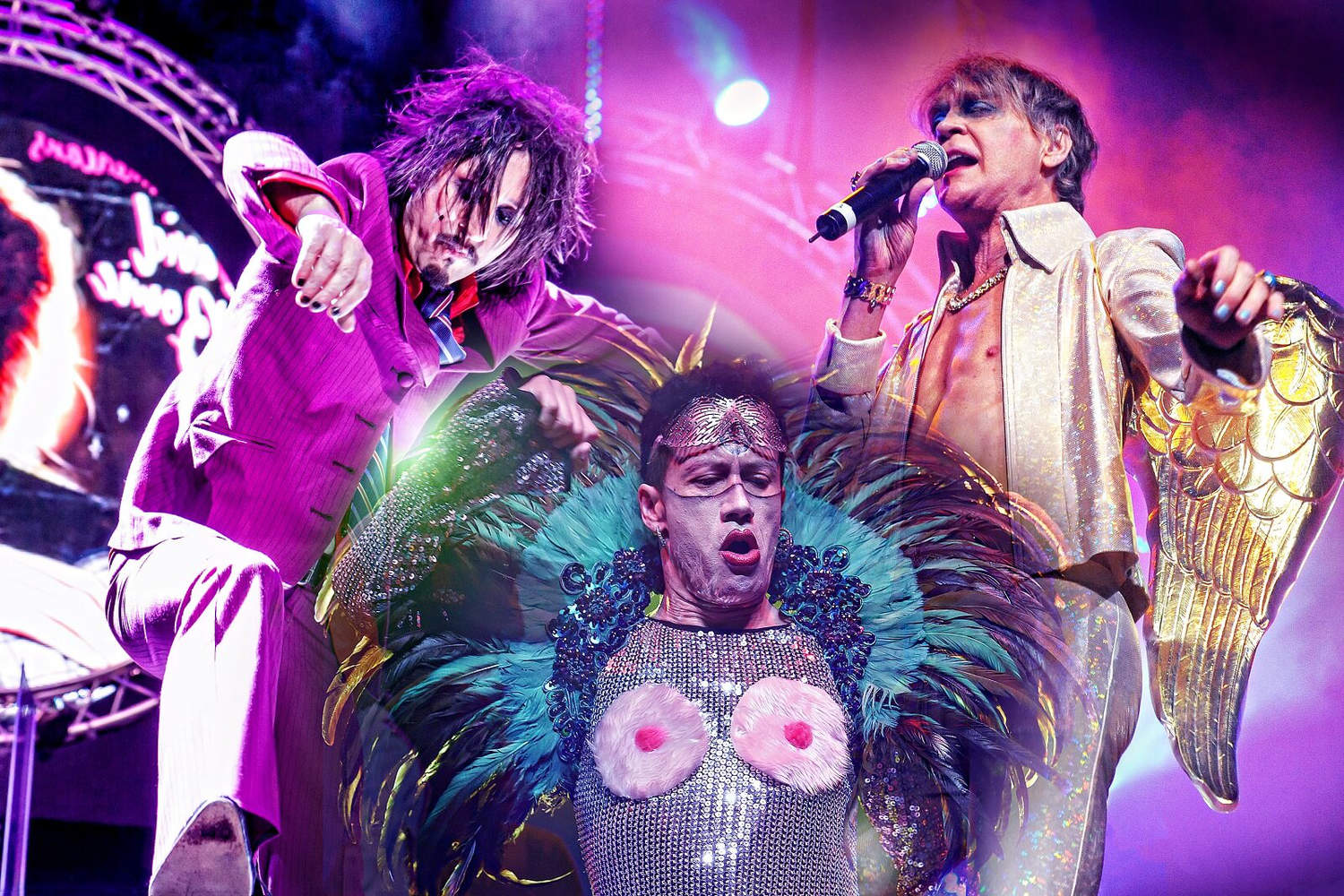 In June 1969 a little known artist David Bowie released a song that has become an anthem of a generation Space Oddity. Come on a theatrical and musical journey, experience the creative genius that was David Bowie. The influential individualist with the uncanny ability to push boundaries and transform himself and the world around him. 3 remarkable performers led by multiple Helpman award winner iOTA, alongside the Rock’n’Roll chameleon himself Jeff Duff and the mesmerising Steve Balbi. Joined by the star-studded Stardust Cowboys band.

David Bowie has been described as the creator of some of the most innovative popular music of our times. He has set trends as a rock star, movie star, Broadway star and sex symbol…. It is amazing music that really sets him apart from all other artists. Ever since his break-through single of 1969, Space Oddity, Bowie has pushed the boundaries of popular music in all directions. His legendary 1972 album the Rise and Fall of Ziggy Stardust bought a fresh new theatricality to the rock world. Fifty years on Bowie’s work remains both revered and even more influential…. For Bowie the seventies were the beginning of the twenty-first century – he has always been ahead of time!

The show is theatrically inspired, a musical journey into the song book of David Bowie.

From the futuristic ideology of the Ziggy Stardust album – Starman, Suffragette City, Rock’n’Roll Suicicide, Ziggy Stardust, through to the anthemic choruses for Heroes, Young Americans, Let’s Dance, then Under Pressure, Ashes to Ashes and headlong into the 80s culminating in the heart rendering Lazarus. This journey covers the legendary Bowie Albums and also includes the classic pop hits of Space Oddity, Modern Love, China Girl and Life On Mars.